Strikes give workers the chance to organise themselves and understand the world around them. Sophie Squire explores why strike committees and self-activity are key 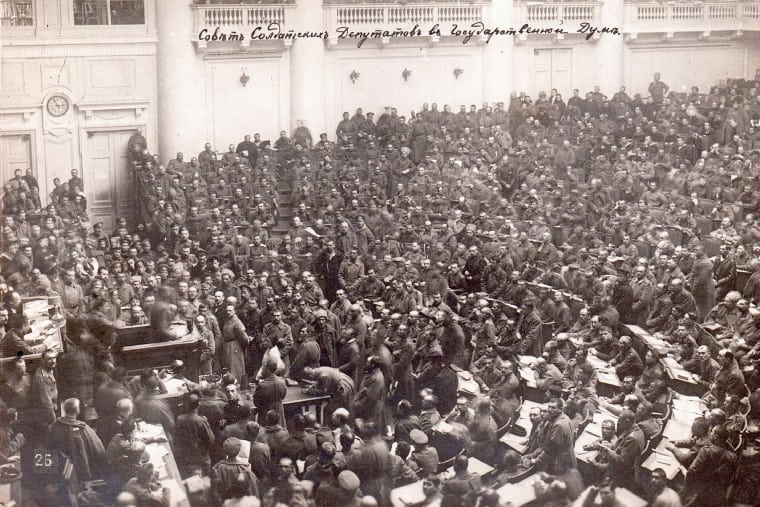 Every strike raises a host of questions for the workers affected. On what days should walkouts take place? How many of us should picket, and where? How do we react to new moves by the bosses or a possible deal?

These can all be decided by union officials and the people elected to be the top of the union—and they often are. But strikes are far more effective and have a better chance of winning if the workers on strike ­themselves are directly involved in the decision-making at every point.

The role of a striker should not be reduced to voting for action and then passively watching events unfold until they are told to go back to work. At a very basic level picket lines are good because they reinforce the action and stop scabbing. But they are also a chance for workers to discuss the way forward.

They have to be followed up by regular mass meetings, which can vote on proposals about how to win and the ­tactics of the dispute. They can also deal with people’s inevitable worries and hesitations. If you are voting and debating every turn of a dispute, you are far more likely to stick with it in the hard times.

Striker and UCU activist at Liverpool university Mark O’Brien explained to Socialist Worker how workers ­organised last year in a strike that defeated redundancies. “Each day we held ­morning meetings on Zoom, which we called the ‘10.30 meetings’. These meetings saw around 200 strikers discussing all aspects of the fight,” he said.

At the height of the pandemic workers held these meetings online. Today they could and should be held with people physically in a room or ­outside. Such gatherings can make a big difference. Mark added, “Over six months, more than 90 of these morning forums were held.

They were vitally important in many ways. They put strikers in control of the campaign and created a sense of self-reliance from union officials. “A strike chat group was created, which meant that information was shared quickly. When individuals were ­feeling pressure from managers or because of financial difficulties, they were supported.

“It also meant that people were determined to carry on fighting until each and every redundancy had been taken off the table. It was striker’s participation in the fight that made it so effective.” Participation is crucial to the process. To take disputes further requires an organised strike committee.

Some may ask, why do we need that when we have already elected reps and branch officers? It’s true those people might have a good case to be on a strike committee. But they might also be very out of touch with the mood that led to action or be among the most conservative elements.

A strike committee, elected by workers, can draw on the most energetic and determined strikers. And it can bring in new elements enthused by the experience of confrontation with the bosses. It can also offer vital practical support during any battle, and make sure picket lines are as militant and large as possible.

This means arranging resources, coordinating ­support from other trade unionists and ensuring every worker is in the know. Importantly, strike ­committees can be a place for workers to lay out their demands and serve as a ­platform for constant political discussion between strikers.

In the classic 1950 book Strike Strategy, US union organiser John Steuben writes, “Strike leadership should be much broader than the regular union leadership. For the greater the participation of the rank and file, the stronger the strike.” At a higher level strike, committees rooted in particular areas can join together during a national dispute to have a united focus.

It’s good that, for example, the CWU union has held ­briefings and meetings that bring together branch secretaries and other reps. It would be even more powerful to have a chance for thousands of strikers representing strike committees to come together to bring their experiences and demands.

These arguments are rooted in making strikes more ­powerful. But there’s another aspect, which shows the clash of interests between ordinary strikers and full-time, paid officials.

Lots of union leaders don’t want strikers’ participation because it encroaches on their control. Far better, think some union bosses, for strikers to watch the general secretary on social media or listen to their media interviews.

The danger for bureaucrats is that an involved striker might begin to question their tactics and strategy, demand a more militant approach, or oppose a compromise. A classic example of not wanting involvement came during the British general strike in 1926.

Workers responded to the strike call with massive ­support, but the TUC leadership didn’t want them to be active. Its advice was, “Do all you can to keep everybody smiling—the way to do that is to smile to yourself. Do your best to discountenance any ideas of violent or disorderly conduct.

“Do the thing that’s nearest—that will occupy you and will steady your nerves if they get shaky. Do something. Hanging around and swapping rumours is bad in every way.

“The General Council suggests that in all districts where large numbers of workers are idle sports should be organised and entertainment arranged. They will keep people busy.”

On the flip side, there is another tradition—workers involved in strikes mobilising themselves powerfully. This is what workers did in Glasgow and across Clydeside in 1914 when workers’ committees were developing. Engineers were coming under increased pressure to maximise production at the start of the First World War.

Massive strikes were needed to oppose disintegrating conditions, but trade union leaders were never going to call them. So a rank and file organisation to hit back at the bosses and the bureaucrats was formed. In 1915 workers at the Weirs factory demanded a pay rise, but union leaders refused to call any action.

Workers walked out anyway and brought 25,000 engineers from 24 other factories with them. A strike committee was central to coordinating these unified and powerful strikes.  A steward at one of the factories described what this meant for the strike. “Every ­morning, mass meetings were held, and decisions of the previous day’s committee meeting were reported.

“Every afternoon and ­evening the committee was in session. The organisation and contact between the factories and between the areas and the centre was near perfect.” Despite the trade union ­leaders’ reluctance, the strike won. And this effort to ­organise from below grew even wider to form the Clyde Workers’ Committee.

This city-wide organisation became a blueprint for ­workers across Britain during the first part of the 20th century. Workers’ activity in strikes makes them more likely to win and force union leaders to move with their members. It also has a wider impact.

Organising makes ­workers aware of their potential power—and shows how they can take matters into their own hands. Those lessons can go beyond battles over pay and conditions.

During periods of very high struggle the economic demands can mesh with a bigger political vision. Workers’ ­self-organisation shows in ­concrete form that working class people can run their disputes, as well as wider society.

During the Russian revolution of 1905, workers began to organise into workers’ councils—or soviets. This form of organisation was repeated during the 1917 Russian revolution and ran the new society. Each soviet was made up of delegates who were directly accountable to the workers that elected them.

These mass revolutionary councils of workers, peasants and soldiers were a practical response to the urgent need to coordinate and keep society going while mass action went ahead. From the day the Tsarist regime fell, the Petrograd Soviet effectively ran the capital.

Soviets showed workers’ ability to build and carry out revolutions for themselves. That’s why strikers need to be involved in their disputes and unlock the potential they have. It’s not just about winning individual disputes, but also raising much bigger political questions and coordinating a response.