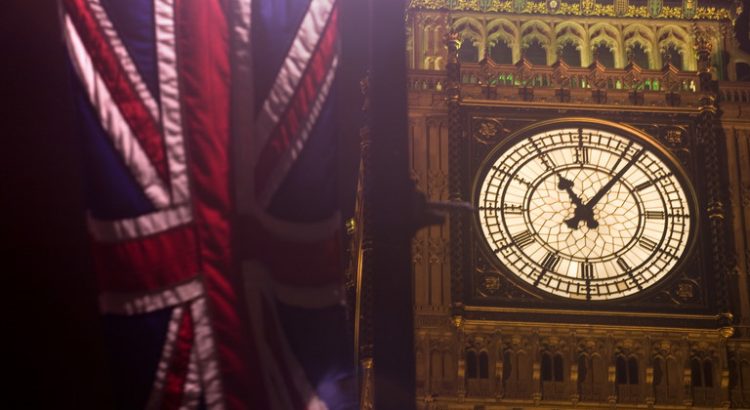 George Galloway was a member of the British Parliament for nearly 30 years. He was one of the leaders of the anti-war movement in the UK and is known worldwide for his stand against imperialism. He presents TV and radio shows (including on RT). He is a film-maker, writer and a renowned orator. Follow George Galloway on Patreon.com. Follow him on Twitter @georgegalloway

Sing Hallelujah! The wicked witch is dead. The anti-democratic super-state, into which we were taken in 1973 (fittingly, without a vote being cast) thanks to Labour rebels providing Tory PM Ted Heath with his majority, is no more.

At least for us. Though I doubt we will be the last to leave the failing fading cluster.

Leading Labour rebel Roy Jenkins, the deputy leader of the Labour Party, former chancellor, former home secretary, later president of the European Commission, was dumped on his ample backside out of Parliament in 1987 by me. It was my greatest victory.

Without Jenkins and his 80 fellow apostates Britain would never have joined the cursed cluster, because the Conservatives – then, as now – contained enough of the patriotic bourgeoisie to stop the globalist prime minister and yachtsman Heath. Our membership of the Common Market, thus born in treachery, sailed ever deeper into public rejection.

Britain was always half-in, half-out of the EU. No power on Earth could have dragged us into the single currency, and the only way we could be dragged into the single market was by late-night parliamentary chicanery – against which, under the leadership of the late Tony Benn, I was fully engaged. None dared offer a referendum on what represented a qualitative change in membership, from being part of a common market to membership of a Union, ever wider, ever deeper.

Fittingly, the peoples of the EU member states were never consulted over this shift; those who dared to demur were forced to vote again until they came up with the right answer. The project – effectively the liquidation of the nation-state and the creation of a European Empire – had not only no democratic legitimacy, no democracy within its decision-making processes, but required its members to sign up in advance to an unalterable neo-liberal model of capitalism carved into the very pillars of its constitution.

No state intervention in defence of strategic industries, no public sector procurement preferences, no fiscal deficits beyond that which suited the European Central Bank, itself a wholly owned subsidiary of Germany. No public ownership of natural monopolies like rail, mail, water, electricity and gas, every one of which had to be made happy hunting grounds for the privateers and buccaneers of globalised capital – Sir Richard Branson being the poster boy.

In our 47 years of membership, Britain lost its coal, steel, car, truck, bus, motorcycle, shipbuilding, ship repair and railway workshop industries, and much more besides. All in exchange for the fools’ gold of the casino economics of the City of London, the devotion to which almost destroyed the country in 2008. Germany was to be the industrial power, France the agricultural, Britain the financial. This all led to the desertification of post-industrial Britain and the mounting anger which swept EU membership away in the Brexit referendum.

I was, and always will be, proud to have been at the front of the fight for Brexit in the 2016 referendum. But unlike others in that leadership, I believe that Brexit is a necessary – but not sufficient – condition for the building of a better Britain. Regaining our national sovereignty without putting it to good use would be next to pointless. Equally, swapping EU domination for American domination would be worse than pointless. Becoming the 51st state of the USA, the worst state of all.

We now can and should rebuild Britain as an industrial and trading nation of the first class. ‘Made in Britain’ must become brand new again. All of our people capable of being so must be put to meaningful work as the process of sucking the youngest, brightest, and best from their homes and families in eastern and central Europe comes to an end. The low-wage, cheap-cuts British economy must be transformed into a high-wage, high-quality, educated, cultured and knowledge-based future. We must bear no ill-will to anyone, invade, occupy and sanction no-one. We must be a broker of peace and conflict resolution, no longer the auxiliary we were in Iraq and Libya, and so many others.

We must remake a real Commonwealth; we share language, culture and history with literally billions of people there. We can build Jerusalem in this green and pleasant land. But only if we resolve to.