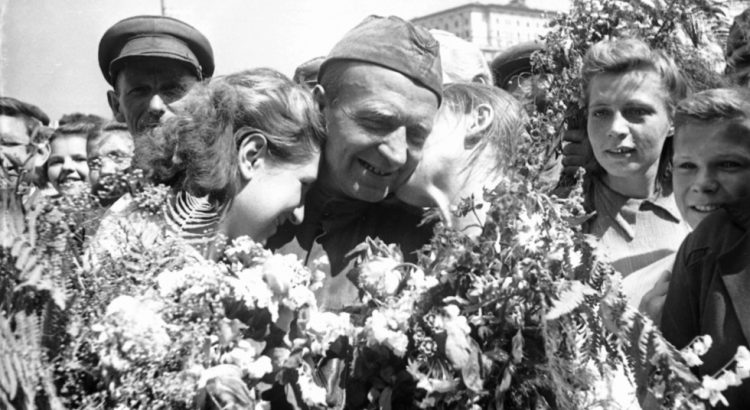 is a journalist, writer, broadcaster and blogger. His award winning blog can be found at www.neilclark66.blogspot.com. He tweets on politics and world affairs @NeilClark66

The Soviet death toll in the Second World War is mind-boggling, yet, shamefully, the enormous sacrifices made by the people of the USSR 75 years ago are being airbrushed out of history by many with a current geopolitical agenda.

In Britain, we have VE Day, in Russia there is Victory Day. World War II allies commemorating the historic events of 75 years ago, which saw the defeat of the Nazi forces in Europe. On Friday, Boris Johnson and President Putin had a phone conversation, but there really should be more linkage between the British and the Russian commemorations.

The truth is that in recent years the Soviet contribution to the defeat of Hitler has been downplayed in the West or, even worse, ignored altogether. Everyone –or nearly everyone– knows the number of deaths in the Nazi Holocaust (Six million). But how many know the number of Soviet citizens –civilians and soldiers– killed in ‘The Great Patriotic War’?  I’d hazard a guess that less than five percent in Britain would say ‘27 million.’ 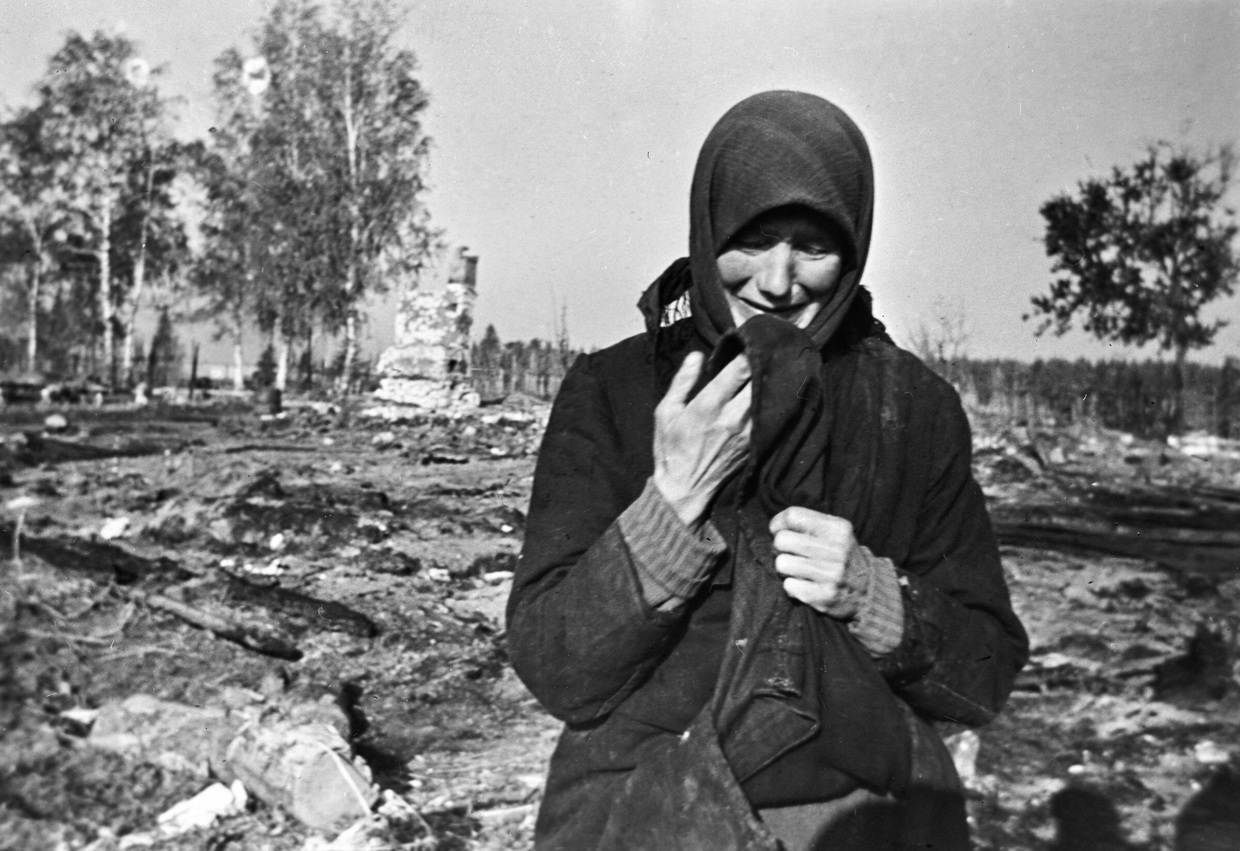 Woman weeping on the ruins of her native village burnt by the Nazis in the second world war. © Sputnik / Oleg Knorring

To put that in perspective, Britain’s losses (civilians and soldiers) were around 450,000, the US’, 420,000, that’s around half the number estimated to have been killed in the siege of Leningrad alone. Around one quarter of the population of the Soviet Union was killed or wounded in the war. It’s fair to say that no family was left unaffected.

These numbers are important –very important– as they help explain Soviet foreign policy after the war. The desire to install friendly governments in ‘buffer states‘ on the country’s western borders can easily be portrayed as ‘Soviet aggression’ – if you leave out the 27 million dead and that the Kremlin also had to deal with foreign intervention from the West seeking to topple the Bolsheviks from 1918 to 1922.

This is not about ‘defending’ Stalin, just pointing out the historical context. But that context is largely ignored today by many engaged in rewriting history.

The Soviet Union, the country which made by far the biggest sacrifices in defeating the Nazis, is held by Russophobic neocons to be just as responsible as the Nazis for the starting of the war. The spotlight is on the Molotov-Ribbentrop pact, but not on the efforts of the Soviet Union to conclude an anti-Nazi defense pact with Britain and France, efforts that were rebuffed.

It was the failure of the Western powers to work with the Soviet Union in the 1930s to contain Adolf Hitler that made World War Two inevitable.

It’s interesting to note that the  colossal contribution of the Soviet Union to defeating the Wehrmacht was more honestly acknowledged in the days of the old Cold War than it is today.

The classic ITV documentary series The World at War, made in 1973 and still being shown on nostalgia channels today, did full justice to the role played by the Soviet Union and the incredible stoicism of its people. At the end of the series the historian Noble Frankland dismissed the assertion (so widely presented today), that after the war the people of eastern Europe merely swapped one tyranny for another that was just as bad.

Yes, the communist governments installed in eastern Europe were harsh, but what is forgotten is how they became much less harsh with the passing of time. Historians of the time –even right-wing ones– covered the Soviet war effort very fairly. But today, it’s different.

Acknowledging the 27 million dead doesn’t fit the script as it’s all about demonizing Russia and its president. ‘Russian aggression’ is the robotic cry made by those who don’t want people to understand that Russia’s fears of being threatened on its western borders by NATO troop build-ups are not from paranoia, but are all too real.

Just look at what has happened since the end of the old Cold War. The Warsaw Pact was wound up, but NATO began a Drang nach Osten. Imagine if the situation had been reversed. Imagine if NATO was disbanded and then Russia sought to entice Mexico and Canada into a greatly enlarged Warsaw Pact. Would we not call that ‘aggression’?

A series of neocon-promoted regime-change wars have seen governments friendly to Moscow toppled, from the Balkans to Baghdad. Again, just imagine if Russia had done the same to the West.

The aggression has been all one way, yet it’s Russia that‘s cast as the sinner and is under sanction.

Today, as we mark Victory Day, there are 27 million reasons why we should reject the pernicious revisionism doing the rounds, and instead pay tribute to all those who lost their lives – and who some, quite disgracefully, want us to forget. Let us remember –and reflect – on the words of US President Franklin Delano Roosevelt, from July 1943:

“The world has never seen greater devotion, determination, and self-sacrifice than have been displayed by the Russian people and their armies…. With a nation which in saving itself is thereby helping to save all the world from the Nazi menace, this country of ours should always be glad to be a good neighbor and a sincere friend in the world of the future.”